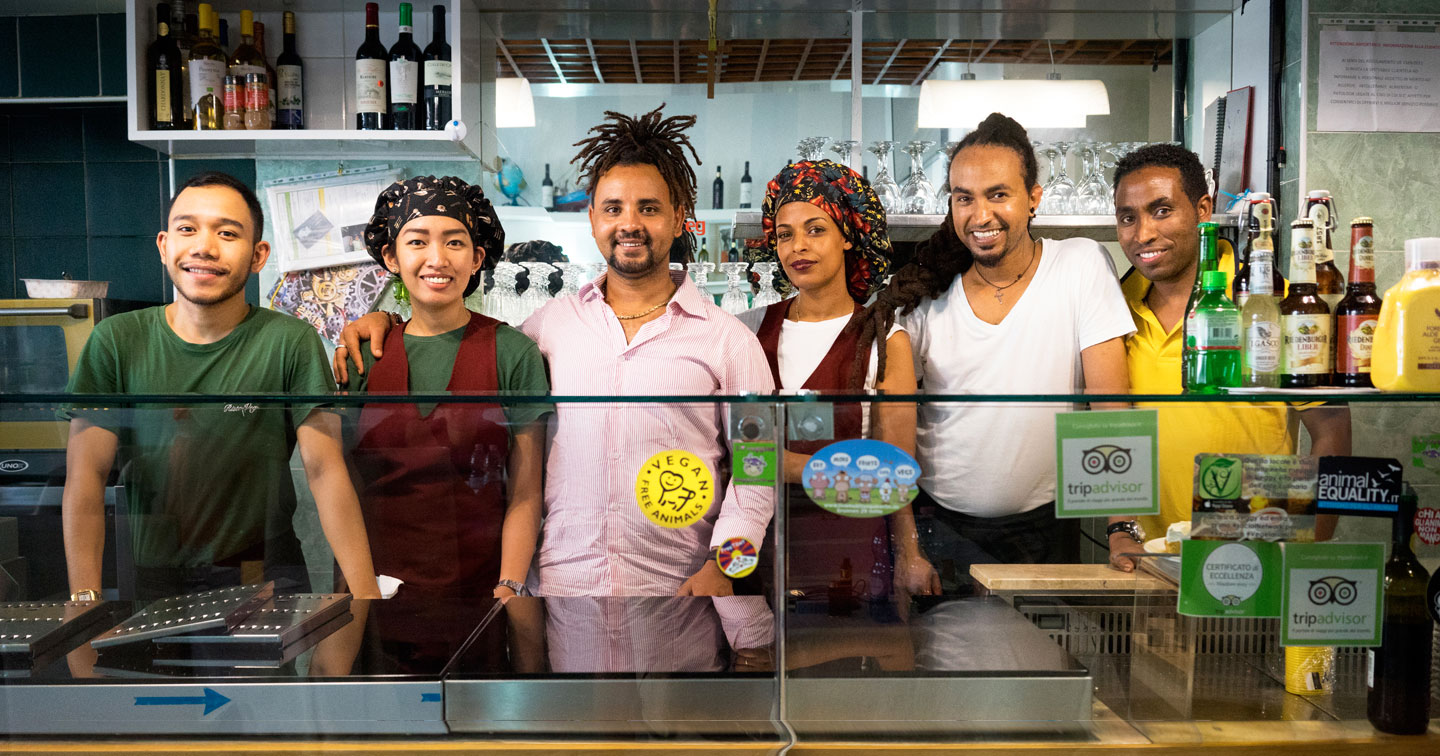 People choosing to eat vegan often eat at so-called “cruelty free” places, where the real cruelty comes with the bill. We believe in a place free from (human and animal) sacrifices, and we believe so also thanks to a place like Alhambra, probably the only vegan restaurant in Milan where a generous dinner (with wine) costs around 15€. Alhambra is a small piece of paradise for humans and tofu opened in 2012 by Helen and her boyfriend Salvatore, two of the beauties that you see in the picture up here. We are not exaggerating if we say that here we tasted some of the best dishes in town: Helen’s cuisine is simple and delicious. It’s something you see from the home-made wholesale bread to pair with the industrial quantity of creamy hummus, another ace in Alhambra’s sleeve.

When it opened only a few people would have bet on Alhambra’s success, probably because of its Spartan looks or because people in Milan are always skeptical about dishes displayed on a buffet. But it’s enough to go there once, taste the dishes and chat with the guys working there – no doubt one of the most delightful staff ever met – to know that you’d be back again, and then again, and so on. Today the restaurant is always quite full, and it has become a kind of oasis for those who want to eat tasty, healthy and cheap food. A win-win situation. At some point a single Alhambra was not enough to contain all the hungry customers, so the guys decided to open a little spin-off, Alhambra Café, churning out every day delicious desserts completely cruelty-free (Oreo cake alert: try it asap! And yes, Oreos are vegan). So, if you want to eat incredibly good food without any animal sacrifice and especially without shedding tears when the bill comes, you know where to go.

5 things for your trip to Como