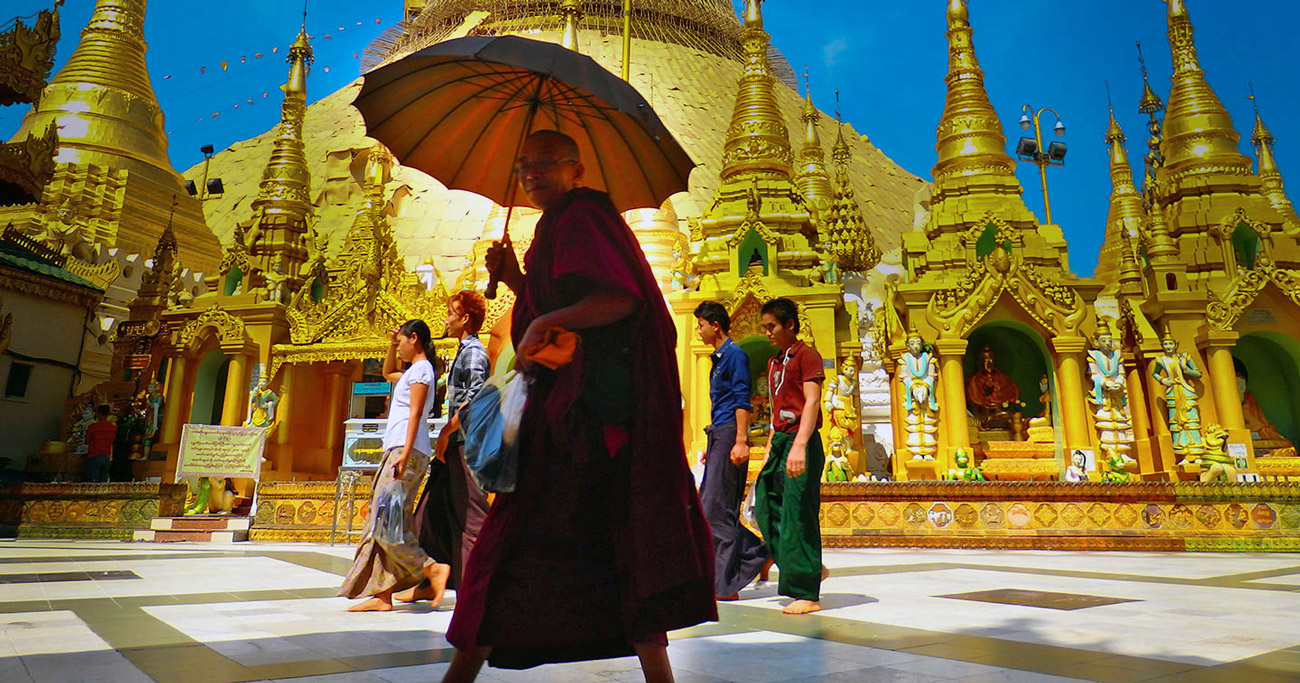 Myanmar is a wonderful country to explore far and wide – if you have enough time. Unfortunately, not everyone is so lucky, so we have put together a list of our ten favorite must-see places to visit in Myanmar:

The fascinating city of Bagan and the entire Bagan Archeological Zone is probably the most famous attraction in Myanmar, thanks to the temple valley (there used to be more than 13.000!) that occupies a 10-sq-km area. The city was founded in 874 a.D, when king Pynbya decided to move the capital to Pagan (Bagan’s ancient name). In 1057 it became the cultural and religious centre of Theravada Buddhism and the place from where king Anawratha converted the Burmese people to the new religion. In 1287 the city was conquered and sacked by Mongolians. Why visit it? As Lonely Planet puts it: “Imagine all the medieval European cathedrals grouped in an area as big as Manhattan: you’ll have a glimpse of the ambition of Bagan kings”. Besides the temple valley, you should visit Mount Popa, a 1518 meter tall volcano just half an hour from Bagan: a well-known pilgrimage destination because of the numerous religious sites built on its slopes. Among these, Taung Kalat is especially famous: a Buddhist temple built on top of a volcanic neck on the south-side of the volcano. According to the local tradition, it is the spiritual home to Myanmar’s 37 Nat, the worshipped Burmese spirits. A 777 steps stair leads to the temple (don’t worry: if we made it, everyone can). It is covered by a canopy and populated by a huge group of monkeys ready to steal anything from you! Last but not least, you should visit Sat Sat Yo, a village still untouched by tourism, where you can instantly spot local people thanks to the Sanytwine, their traditional haircut. 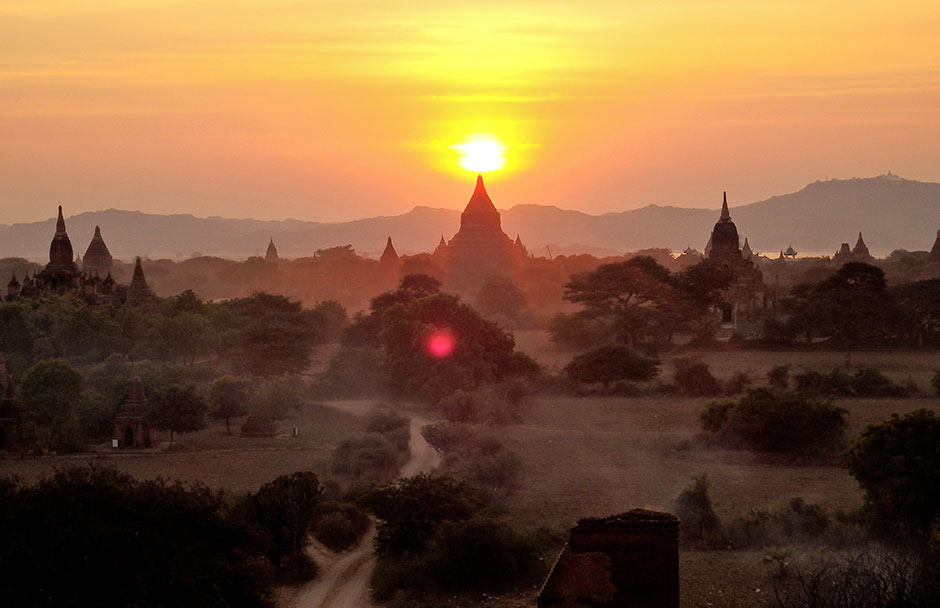 It’s the main communication and transportation centre. It meets almost any cliché about Asian cities: smog, traffic, crowds, motorbikes… Then why is it among our favorites? Because besides all that, Mandalay hides thousands of incredible stories both inside and outside its walls. Founded in 1857 by Emperor Mindon Min as capital of the last Burma reign, it was built inside majestic walls to defend it from the British threat – who conquered it thirty years later. The city owes its name to Mandalay hill, a panoramic spot with a wonderful view over the city. According to the legend this hill was visited by Buddha. Also, don’t miss Shwenandaw Kyaung Monastery, Mahamuni Pagoda and Kathodaw Paya, also known as the world’s largest book. Right outside the city there are four ancients towns: Mingun, Amarapura and its U Bein Bridge (one of the most photographed places in Myanmar), Inwa (Ava) and Sagaing. Lastly, if the city gets too hot during your stay, just ask our travel desk to join a trip to Dee Doke falls for a day filled with fun and freshness.

Visit Inle Lake and you will instantly feel in a Miyazaki movie. The landscape, the bamboo villages built on water, the floating tomatoes plantations and the local fishing techniques will leave you speechless. Inle Lake is a magical place – especially so at sunrise and sunset, when everything turns pink and you’ll feel without a worry in the world. It’s the second biggest lake in Myanmar and in 2015 it was the first area in the country to become part of the World Network of Biosphere Reserves, thanks to the great quantity of its endemic species.

Previously known as Rangoon, it’s Myanmar’s biggest city and was the capital until 2006. It was also the capital of the British colony. The city has not been touched by modernization and its special charme lies in the Victorian buildings, the tree-lined streets, the lively city-centre scattered with friendly street-sellers, artists exhibitions and a growing nightlife. It’s very cheap: a complete barber service only costs 4$, street food costs less than 1$ and with less than 3$ you can indulge in a traditional massage. A visit to Chinatown is not to be missed. 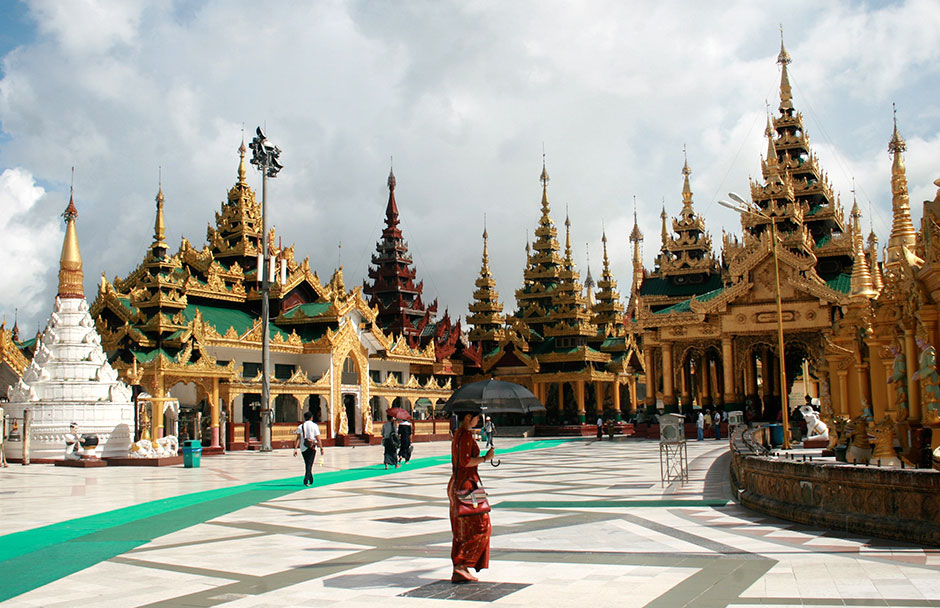 It’s Myanmar current capital. Its history only dates back to November 6th 2005, when the government was installed there. Before there were only villages, which got grouped together in 2002. The construction was completed in 2006 and now Naypyidaw is composed by eight centers, each with a specific function: residential, military, ministerial, hospitality, commercial, touristic and recreational, international and the Uppatasanti Pagoda area. Rumor has it that no one knew about the construction of the new capital city and all of a sudden, on November 11th 2005 at 11.11 am, a column with 1.100 army trucks carrying 11 battalions and 11 ministers left from Yangon. Number 11 recurs as a sign of good luck.

A renowned trekking destination, it’s the perfect place for nature lovers. It’s a small colonial town on top of a hill, with a lively central market which attracts the inhabitants of the nearby villages to sell their products. At a 45 minutes ride from Kalaw there’s the Green Hill Elephant Camp, founded in 2011 to take care of old elephants that are no longer fit to work in timber camps. The re-plantation and animal care program is open to whoever wants to participate.

Also known as Mount Victoria, it’s located in the Chin State and is the perfect destination for wildlife nature excursions. With its 3.053 meters, it’s one of the highest mountain in the South-East. In 1994 it became a protected area in Nat Ma Tung National Park, home to rare plants and animal species. The town of Mindat hosts small tribes known for their women’s tattooed faces.

Known as Kyaiktiyo, it’s the third most important pilgrimage destination in Myanmar. It consists of a stupa built on top of a huge rock, covered in golden leaves left by devoted visitors throughout the years. According to the legend, during one of his travels Buddha donated a lock of hair to a hermit, who gave it to the king in order to guard it under a rock. The perfect rock was found on the bottom of the ocean and then moved to Mount Kyaiktiyo, its designated location. It’s exactly this lock of hair that keeps the rock standing, the legend says. 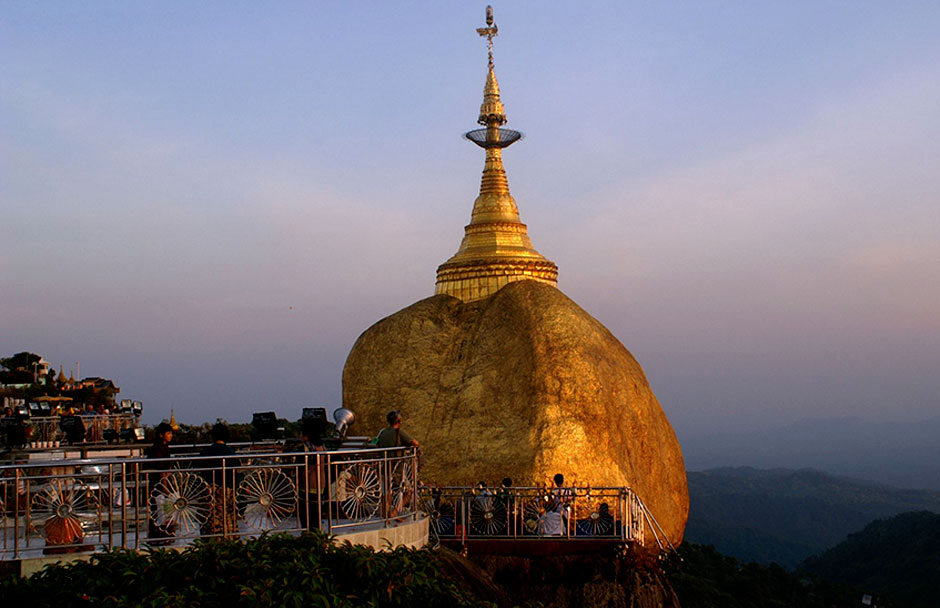 Also called Hpa-An, it’s the Kayin State capital. This picturesque town is surrounded by mountains, which attract many backpackers in search of a relaxed atmosphere and the thrill of exploring the caves. Within a 15 minute walk from Hpa-An’s city centre there’s Kan Thar Yar lake where you can enjoy the view of Mount Zwegabin. If you feel like doing some exercise, you can climb on top of the mountain (it takes between 2 and 4 hours, that’s on you) to enjoy the breath-taking view, have lunch at the small restaurant and visit the monastery. On the south-side of the mountain there’s Sadan Cave, a cave as big as a football pitch and filled with Buddha statues. If you walk through it (bring a torch, or you won’t see as far as two meters) you’ll find yourself at a secret lake, right out on the other side. On the south-side of Pa-An you can also visit Kaw Ka Tsung cave and Kyauk Kalap pagoda.

This small town is located within easy reach of some beautiful archaeological sites. For example, at 14 kilometres from Pyay there’s Shwe Myethman Pagoda, a temple hosting a huge Buddha statue wearing golden glasses over his eyes. According to the tradition, praying the Buddha in this temple helps preventing blindness. At an hour and a half by car from Pyay there’s Akauk Taung, a cliff on a river where tens of Buddhas are carved in the rock. 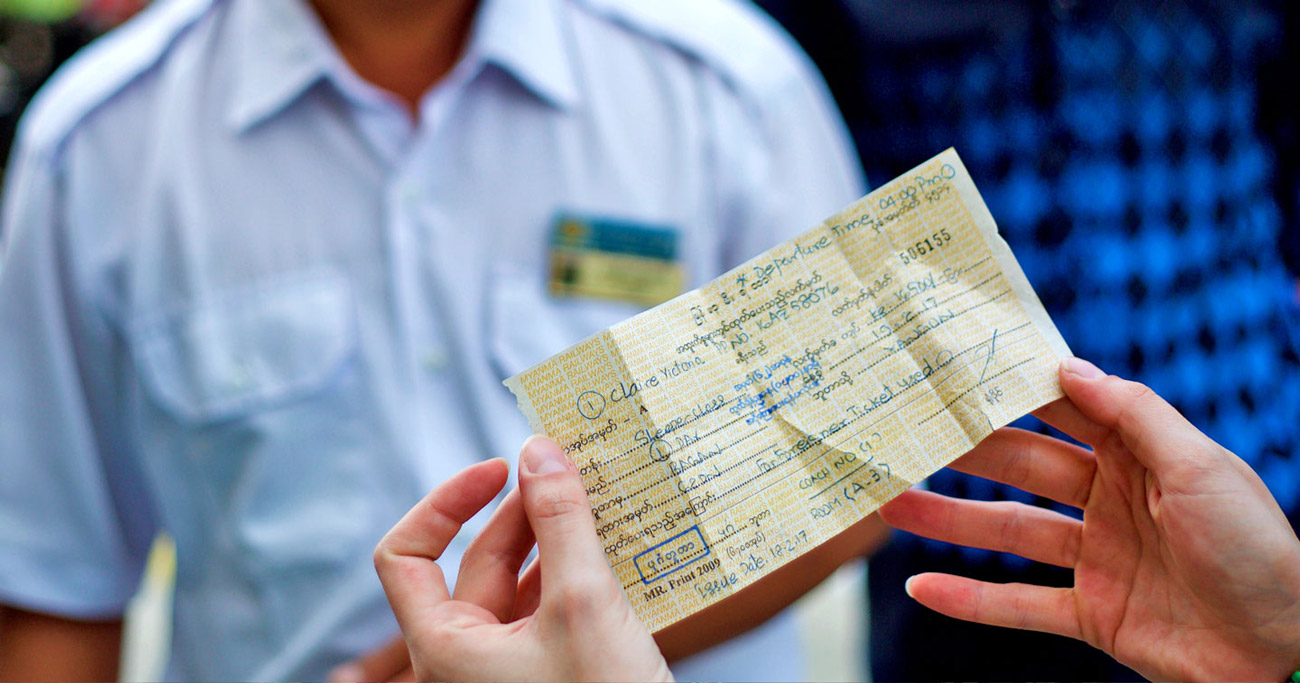 10 Things to know before you go to Myanmar 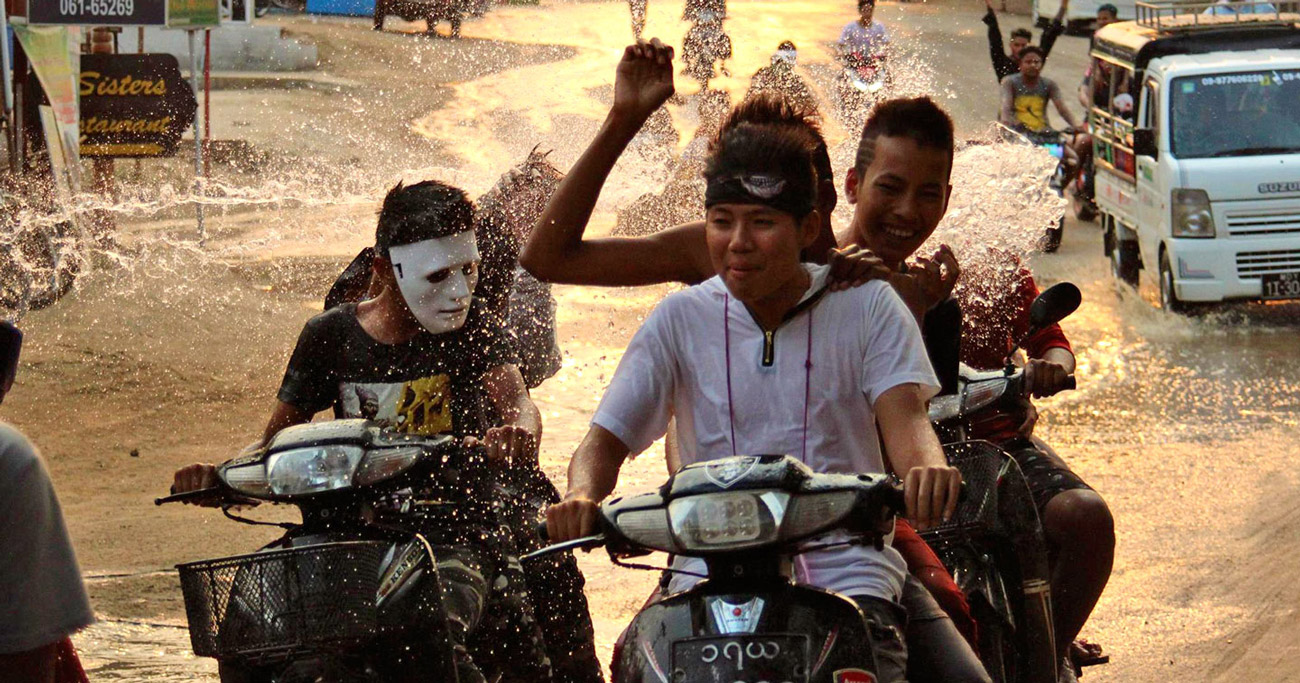 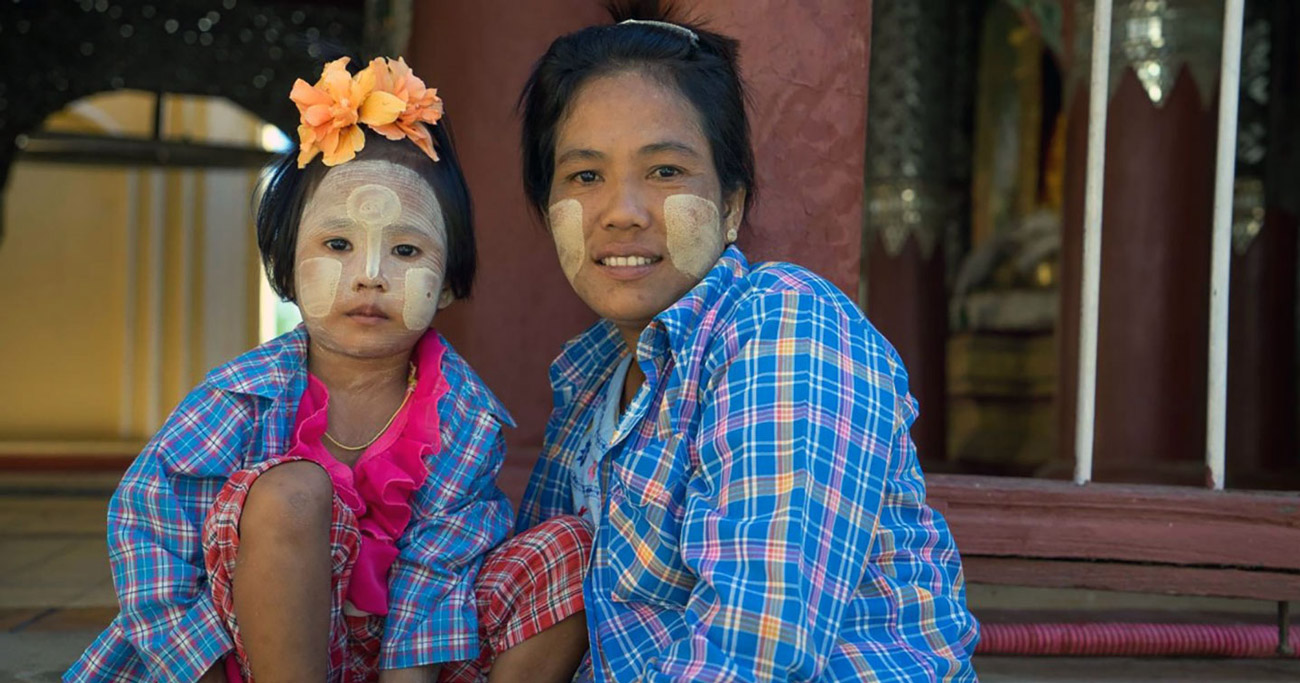 Myanmar: what to put in your backpack