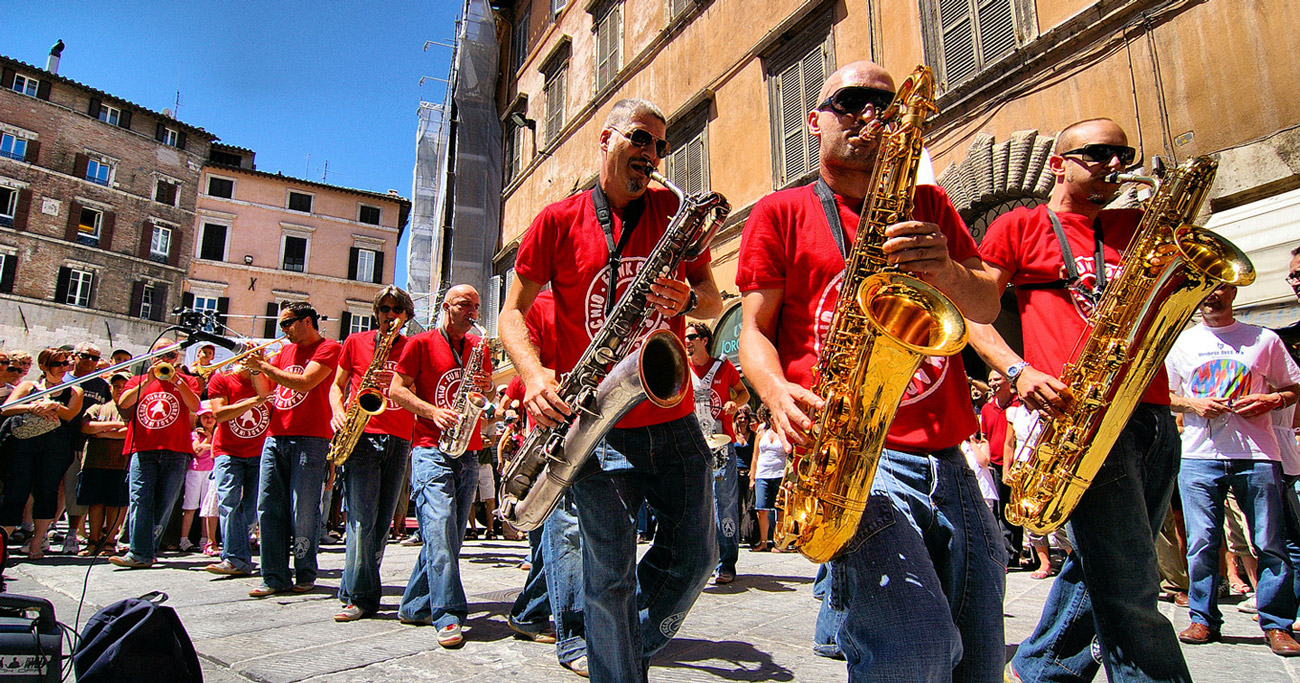 The Best Festivals in Umbria

If you feel like getting up from the couch, here are some of the best things to do in the region

Many decide to hide out in Umbria to get away from everything, and we do respect this choice – but they miss out on at least half of the fun. This underrated region is incredibly and unexpectedly rich in interesting and peculiar events. If you’re up for some socialising, here are the unmissable events in the region’s calendar.

The medieval times must have been very good to Bevagna. This would explain why its local community is so tied to the historical time that was famously dark for pretty much everyone else. Every year the people of Bevagna dress in their ancestors’ clothes and, for ten days, live and work exactly how people would have way back when. The Mercato delle Gaite (Gaite’s Market) is an incredibly realistic historical re-enactment of town life between 1250 and 1350. The only thing that is luckily not re-enacted is the horrific smell that most likely flooded the towns in that period. The four Gaite are the four neighborhoods our beautiful Bevagna was made up of at that time, and still to this day are kept close to the locals’ hearts.

This festival is the most important cultural event in the city of Spoleto, held every year since 1958. One of the two worlds imagined is the one we all live in, while the other is the world that art forms like opera, poetry and theatre open our eyes to. Each year, Spoleto’s city centre bursts with life when shows, music and dance performances fill its squares. It offers such a full calendar that it’s almost impossible to see it all. Don’t let the FOMO hit you and score that front row seat for the best shows. You can find all the info here.

As the name might suggest, this festival is all about jazz. It’s not just any jazz festival, though: Umbria jazz is the biggest event dedicated to this art form in Italy. Every year, in July, the city of Perugia becomes the world capital of impro: musicians flock from international stages to the beautiful streets of Umbria’s main city, transforming them into the grounds of new musical experimentation. Umbria Jazz is born from a necessity rather than just an idea: Carlo Pagnotta, a local who loves the genre, wanted to bring jazz to his home town. With a little bit of a struggle – also due to the peculiarity of the acts at the time – he pulled off the first concerts near Perugia in 1973 and since 1976 has been hosting the biggest stars of the genre. Jazz is a steady and constant flow of change. Because of this, every new edition of the festival helps Perugians and their guests discover new musical horizons.

To prove that festivals in Umbria are always looking forward, Dancity was created a few years ago. It is a must-see for anyone who wants to keep an eye on the new trends in the world of electronic music. In past years, Dancity has turned the small town of Foligno into a marketplace for musical exchange and experimentation, with big international artists sharing its stages. To name drop a few: Andy Stott, Nicolas Jaar, Theo Parrish, Blixa Bargeld and Alva Noto all pitched in to make this the most interesting festival in the Italian electronic music scene.

Last but not least, the sweet tooth’s heaven. If you have a soft spot for everything sweet or chocolaty, Umbria is the place for you. Each year in October, Perugia – the city of chocolate – hosts the most important fair dedicated to all sorts of chocolate products. Participants don’t only end up adding a hole to their belts, they also add a unique taste experience to the list of adventures lived.

Sport and activities in Umbria

Our interactive map of Assisi Bevagna

Sport and activities in Umbria